....you have a head that is just constantly spinning with so many tasks that need doing nothing actually gets done. Well that is my rather lame excuse for the lack of posting upon these hallowed pages of late. In my defence I have been busy, what with trying to up my working hours and increase my income to make up for time lost during the snap, having to deal with petulant older brother (bless him), more tidying of t' Orc's workshop, helping to move daughter n son law into their first home and a whole raft of other things that just appear out of nowhere and take an age to sort out! I guess it is just life.

Had the day off today due to the stormy weather outside and remembered that I had been remiss in sending my accountant my returns this year, the word bugger comes to mind. So I did my usual trick of sorting out a years figures in one day, stressful? hell yes. For a start I managed to record the first three months of figures from this last April onwards and not 2020's, oh the sheer joy felt when I realised my mistake. So take a step back, drink tea and start again, excellent progress being made even though hours in front of the PC was making me feel like a 'bagacrappie' (no, not a japanese motorcycle). With just March's figures to enter upon the spreadsheet I was feeling smug, crappy but smug so I took the chance to have a brew with G knowing that all was well and the computer will just go into sleep mode whilst we have a catch up of our day's doings (my side didn't take long...start accounts, bugger, start accounts again, tea, more accounts, chicken wrap, tea, accounts feeling crappy but smug, tea..ta daa). Upon returning to spend the final ten minutes or so entering March's already prepared figures into my snail's pace PC (not saying it is old but I do think that the steam pressure is not what it used to be), it slowly woke itself up after some bashing of the return key to my home screen not the spreadsheet that was there when it dozed off! Checking the task bar there was no sign of the file, words a tad stronger than bugger erupted from my mouth and I genuinely thought I was going to throw up, a whole day wasted sitting in front of a bloody screen! Several deep breaths later and a pep talk to myself my head began to clear. I opened up excel and there was the file all fluffy and bright just waiting for completion....I have not been so relieved since taking a box of matches off the gas man after he uttered "look, I will prove it's not gas". March's data took a tad longer to input due to me saving the file after every two digits entered.

and that folks is why I am a gardener and the reason that I do not work in an office. I wonder if I am the only one out there who manages to leave such things past a deadline and then piles on the pressure to get it done?

Hope the storms have been kind to you all 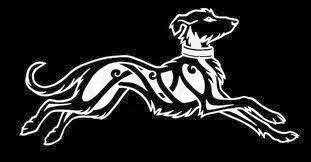 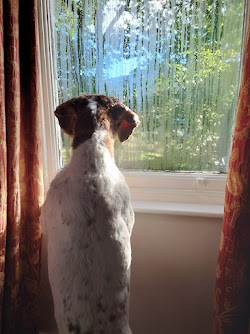